President Barack Obama is no friend of press freedom, says a New York Times reporter who may be sent to jail for refusing to reveal a source.

“A lot of people still think this is some kind of game or signal or spin,” reporter James Risen told his own paper in a profile about his plight published Saturday. “They don’t want to believe that Obama wants to crack down on the press and whistle-blowers. But he does. He’s the greatest enemy to press freedom in a generation.”

Risen’s troubles stem from the 2006 publication of his book “State of War,” which included classified information about a failed CIA plot against Iran’s nuclear program. In 2008, George W. Bush’s Department of Justice subpoenaed Risen to reveal the source of the classified information. Citing his role as a journalist, Risen refused to comply, fighting the subpoena until it expired in 2009.

But the Obama administration renewed the subpoena in 2010. After many more years of legal fisticuffs, the Supreme Court announced in June that it would not take Risen’s appeal, leaving Risen out of legal options. Now Risen faces the specter of jail time if the Justice Department continues to insist that he reveal his source for the classified information.

“Though the court’s decision looked like a major victory for the government, it has forced the Obama administration to confront a hard choice,” the New York Times reported in June in the aftermath of the Supreme Court’s ruling. “Should it demand Mr. Risen’s testimony and be responsible for a reporter’s being sent to jail? Or reverse course and stand down, losing credibility with an intelligence community that has pushed for the aggressive prosecution of leaks?” 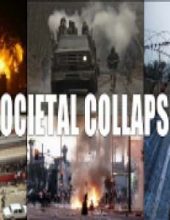