Several prominent members of the Congressional Black Caucus (CBC) are calling on Congress to probe the shooting death of an unarmed black teenager in Ferguson, Mo.

Until now, the congressional scrutiny surrounding the death of Michael Brown at the hands of Ferguson police has focused on the Department of Justice’s role in investigating the incident.

But Reps. John Conyers (D-Mich.), Sheila Jackson Lee (D-Texas) and Bobby Scott (D-Va.) — all members of both the CBC and the House Judiciary Committee — said Thursday that Congress has a responsibility to look into the shooting as well. […]

Jackson Lee, meanwhile, is calling for a similar investigation by both the House and Senate Judiciary panels. The problem, she argued, has grown into “an epidemic.”

“We will not stop these types of confrontations with the police unless there is a national investigation of police and community relations,” she said in a statement. “It is crucial that the House and Senate Judiciary committees hold hearings in the fall on the continued incidents of the killing of African-American males by law enforcement.” […]

Meanwhile, Jackson Lee is at once calling “to hear both sides of the story” surrounding Brown’s death, while also suggesting that criminal missteps by the officer involved are “obvious.”

“All of us are strong supporters of law and order and most of us, such as myself, have strong working relationships with local and federal police agencies. I know good police persons who are professional and follow the law,” she said. “In the instance of Michael Brown and other cases, a failing to follow the law is obvious.

“Michael Brown was shot down in the street.” 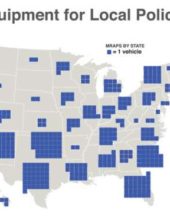