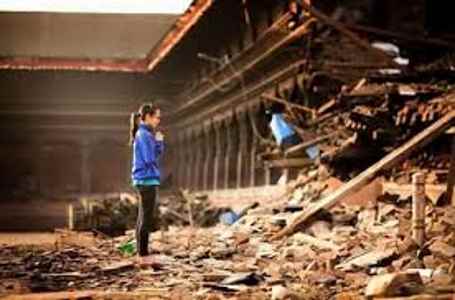 We've heard all this week from the media propaganda arm of Obama about the 'gun show loophole', but really nothing about this empty suit's failure to close the North Korea nuclear proliferation loophole.

Leader Kim Jong-un made the remark during the inspection of a site known as the historic industrial center of the North Korean arms industry a day earlier.

Korean Central News Agency reported quote, "The North has been turned into a 'powerful nuclear weapons state ready to detonate a self-reliant A-bomb and H-bomb to reliably defend its sovereignty and the dignity of the nation’ thanks to tireless efforts by his late grandfather Kim Il-sung, founder of the nation."

Experts noted that this is the first public declaration of development and possession of the powerful Hydrogen Bomb. However, North Korea has previously revealed they possess conventional nuclear weapons.

The announcement comes following North Korea’s threat to use nuclear weapons against Turkey. In late November, the independent Iranian Mizan press, stated North Korea threatened to “wipe Turkey off the map” with a nuclear weapon should they take any offensive actions towards Russia. The threat went largely unreported by the international media.

It is plausible, when the threat was made against Turkey, North Korea was speaking of using their new hydrogen bomb.

On Tuesday Vladimir Putin stated that he “hoped” nuclear weapons would not be needed in the escalating war in the middle east.

We'll keep our subscribers updated as more information becomes available. Please distribute this to your social networks, and as always we welcome your input in the comments below. This has been a Next News Network breaking news alert.

RELATED : Famine in America? 100% Proof Water and Food Wars are Coming! Stock Up Now! West Coast Sinking and Quaking! This Ticking Time Bomb is About to POP!

Find out more about using cold weapons for survival on Bulletproof Home.​