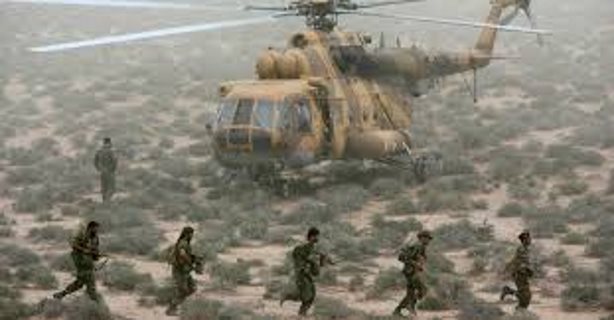 BEIRUT/MOSCOW (Reuters) – Hundreds of Iranian troops have arrived in Syria to join a major ground offensive in support of President Bashar al-Assad's government, Lebanese sources said on Thursday, a further sign of the rapid internationalization of a civil war in which every major country in the region has a stake.

Russian warplanes, in a second day of strikes, bombed a camp run by rebels trained by the CIA, the group's commander said, putting Moscow and Washington on opposing sides in a Middle East conflict for the first time since the Cold War.

RELATED STORY : WW3 Red Alert — PUTIN Drafts 150,000 Troops
The U.S. and Russian militaries were due to hold talks via video link to seek ways to keep their militaries apart as they wage parallel campaigns of air strikes in Syria, a U.S. defense official said.

Russian jets struck targets near the cities of Hama and Homs in western Syria on the second day of their air campaign.

Moscow said it had hit Islamic State positions, but the areas it struck are mostly held by a rival insurgent alliance, which unlike Islamic State is supported by U.S. allies including Arab states and Turkey.

Russian Airstrikes All Over Syria Continue

Russia begins air strikes in Syria after warning the US to remove its planes… but civilians say Putin's jets are targeting anti-government rebels and NOT ISIS Moscow has started blitzing three provinces in support of President Assad But all the areas targeted are held by moderate rebels backed by coalition Strikes have infuriated Washington who accused Moscow of destabilising the region even further At least 27 civilians had been killed in the strikes, says monitoring group

RELATED STORY : FEMA Admits They Are Up To Something Big-You Won’t Believe What They Are About To Do! Prophecy Experts Have Been Warning About This-Should We Be Listening? (Videos)

RELATED STORY : Jim Rogers Warns: Prepare , we are on the brink of a very serious collapse that will end with currency turmoil, food shortages, panic, social unrest and a total shakedown of average citizens.