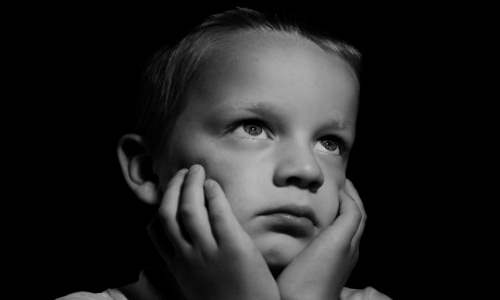 Do you remember the days when it seemed like almost everyone in America was middle class?  Unfortunately, those days are long gone and the grinding down of the middle class in the United States appears to be accelerating.  According to a brand new study that was just released by Pew Charitable Trusts, household spending increased by 14 percent between 2004 and 2014, but median household income decreased by 13 percent during that same time period.  Both of those figures were adjusted for inflation.  What this means is that the cost of living has steadily gone up, but our incomes have gone down.  In fact, as you will see below approximately one-third of all Americans don’t even make enough money to pay for the basic necessities at this point.  The middle class is being squeezed like never before, and very few of our leaders seem to care.

It isn’t because we are buying a lot of luxuries that our expenses are going up.  According to Pew, U.S. families are now spending a larger percentage of their budgets on the basics such as housing, food, health care and transportation than they were a decade ago.  In fact, it has gotten to the point where approximately one-third of all Americans don’t bring home enough money to cover the core necessities.  The following comes from Zero Hedge…

However, according to a striking new Pew study while household spending has returned to pre-recession levels (the average household spent $36,800 in 2014) incomes have not.

Specifically, while the median income had fallen by 13% from 2004 levels over the next decade, expenditures had increased by nearly 14%. But nobody was more impacted than the one-third of households which the study defines as “low-income.” Pew finds that while all households had less slack in their budgets in 2014 than in 2004, lower-income households went into the red by over $2,300.

In other words, approximately one third of American households were no longer able to cover the core necessities – food, housing and transportation – with average income.

A decade ago, U.S. households in the bottom third of the income scale still had an average of $1,500 left over each year after paying for the basic necessities of life.

But today, those same households are $2,300 in the red after paying for the basic necessities of life.  Perhaps this is one reason why credit card debt in this country has hit a new all-time high.

Families in the middle third of the income scale are being squeezed as well.  A decade ago those households had $17,000 left over each year after paying for the basic necessities, but now that number has fallen to just $6,000.

And of course most of that “discretionary income” is rapidly spent on other things such as entertainment.  As a result, most American families find themselves living on the financial edge…

Previous Pew research found that one in three American families overall have no savings. And even among households with incomes of over $100,000, 1 in 10 say they are in that situation.

At this point, the typical U.S. household “cannot replace even one month of income with liquid savings”.

So what is going to happen when things get really tough in this country?

What are people going to fall back on?

And already the job losses are starting.  The energy industry has lost more than 100,000 good paying middle class jobs since the start of last year, and just today we learned that Boeing could be laying off as many as 8,000 workers.  The following comes from the Seattle Times…

Since Boeing Commercial Airplanes CEO Ray Conner announced a drive to cut the workforce six weeks ago, his team has taken steps expected to eliminate 4,000 jobs by June — and that may be only halfway towards the total cuts this year.

An internal Boeing document obtained by the Seattle Times reveals that at least one company unit is targeting a 10 percent workforce reduction overall.

And people with knowledge of what’s planned say that’s roughly the percentage of jobs expected to be cut statewide. That would translate to as many as 8,000 jobs being eliminated.

Sadly, this is probably just the very small tip of a very large iceberg. 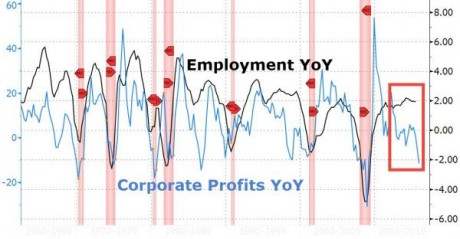 America is heading for much harder times, and this is something that I discuss in my new book.  Just like last time around, large numbers of workers with little to no cushion to fall back on are going to find themselves in desperate situations when they lose their jobs.  Millions of Americans will go from living comfortable middle class lifestyles to facing an existence of poverty and despair very, very rapidly.

All of this is just the acceleration of a trend that has been playing out over the past several decades.  The middle class in America is being systematically destroyed, and I want to share with you once again some key numbers that prove this point that come from one of my previous articles…

Prepare! And do it the old fashion way, like our fore-fathers did it and succeed long before us, because what lies ahead of us will require all the help we can get. Watch this video and learn the 3 skills that ensured our ancestors survival in hard times of famine and war.

#1 For the first time ever recorded, middle class Americans make up a minority of the population. But back in 1971, 61 percent of all Americans lived in middle class households.

#2 According to the Pew Research Center, the median income of middle class households declined by 4 percent from 2000 to 2014.

#3 The Pew Research Center has also found that median wealth for middle class households dropped by an astounding 28 percent between 2001 and 2013.

#4 In 1970, the middle class took home approximately 62 percent of all income. Today, that number has plummeted to just 43 percent.

#5 There are still 900,000 fewer middle class jobs in America than there were when the last recession began, but our population has gotten significantly larger since that time.

#6 According to the Social Security Administration, 51 percent of all American workers make less than $30,000 a year.

#8 A recent nationwide survey discovered that 48 percent of all U.S. adults under the age of 30 believe that “the American Dream is dead”.

#9 At this point, the U.S. only ranks 19th in the world when it comes to median wealth per adult.

#10 Traditionally, entrepreneurship has been one of the engines that has fueled the growth of the middle class in the United States, but today the level of entrepreneurship in this country is sitting at an all-time low.

#11 If you can believe it, the 20 wealthiest people in this country now have more money than the poorest 152 million Americans combined.

#13 If you have no debt and you also have ten dollars in your pocket, that gives you a greater net worth than about 25 percent of all Americans.

#14 The number of Americans that are living in concentrated areas of high povertyhas doubled since the year 2000.

#15 An astounding 48.8 percent of all 25-year-old Americans still live at home with their parents.

#16 According to the U.S. Census Bureau, 49 percent of all Americans now live in a home that receives money from the government each month, and nearly 47 million Americans are living in poverty right now.

#18 According to Kathryn J. Edin and H. Luke Shaefer, the authors of a new book entitled “$2.00 a Day: Living on Almost Nothing in America“, there are 1.5 million “ultrapoor” households in the United States that live on less than two dollars a day. That number has doubled since 1996.

#19 46 million Americans use food banks each year, and lines start forming at some U.S. food banks as early as 6:30 in the morning because people want to get something before the food supplies run out.

#20 The number of homeless children in the U.S. has increased by 60 percentover the past six years.

#21 According to Poverty USA, 1.6 million American children slept in a homeless shelter or some other form of emergency housing last year.

So is there any hope for the middle class in America?