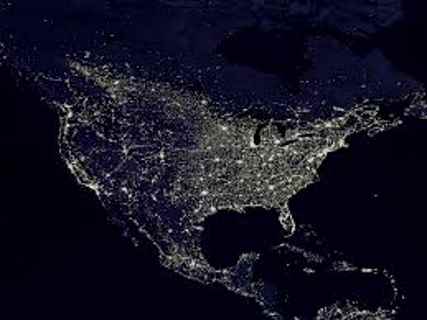 Apparently Russian President Vladimir Putin’s increasingly aggressive military moves are coming not just in the air and on the land, but under the sea near vital communication lines. It was said that the communication cables “transmit more than $10 trillion in business activity daily, as well 95 percent of world’s communications.”

The officials are concerned about the level of Russian naval activity “near vital undersea cables that carry almost all of the global internet communications.” The cables transmit more than $10 trillion in business activity daily, as well 95 percent of world’s communications.

What the Times is calling the “ultimate Russian hack on the United States” could take the form of severing fiber-optic cables at some of the hardest to reach locations.

Times tags Russia’s move as the “ultimate Russian hack on the United States.” “I’m worried every day about what the Russians may be doing,” said Rear Adm. Frederick J. Roegge, commander of the Navy’s submarine fleet in the Pacific told Wester Journalism.

Meanwhile, a Washington-based Navy spokesman told Times that “it would be a concern to hear any country was tampering with communication cables; however, due to the classified nature of submarine operations, we do not discuss specifics.”

“The level of activity” by the Russian military “is comparable to what we saw in the Cold War,” Cmdr. William Marks, a senior European diplomat told the Times in an interview.

Marks added that “another concern is the possibility that the Russians are trying to not only search for vulnerable locations of the underseas cables used for general worldwide communications, but are also locate special cables used by the U.S. government for military operations. Their locations are classified.”

In The Times interview, Adm. Mark Ferguson, commander of American naval forces in Europe said that the proficiency and operational tempo of the Russian submarine force was increasing.

“Ferguson cited remarks by Russian Navy chief, Adm. Viktor Chirkov, who stated that patrols have risen almost 50 percent over the last year. The admiral said it is part of Russia’s emerging military doctrine of hybrid warfare, integrating convention forces, Special Operations and new technologies on the battlefield,” according to Western Journalism.

“This involves the use of space, cyber, information warfare and hybrid warfare designed to cripple the decision-making cycle of the alliance. At sea, their focus is disrupting decision cycles,” he said.

Russia filed a request Monday to fly a spy plane carrying advanced digital cameras over the United States. The move presents the United States with a dilemma: How does Washington respond at a time when Moscow and Washington are at odds over Syria and Ukraine and senior U.S. defense officials have identified Russia as the No. 1 existential threat to America?


It would be complicated for the United States to block Russia’s request. The Treaty on Open Skies, which was first approved in 1992 and went into effect in 2002, allows signatories to fly unarmed aircraft carrying video and still cameras, infrared scanning devices and certain forms of radar over the territory of other treaty members. Inspections are carried out to make sure the cameras used meet the terms of treaty and are not too powerful.