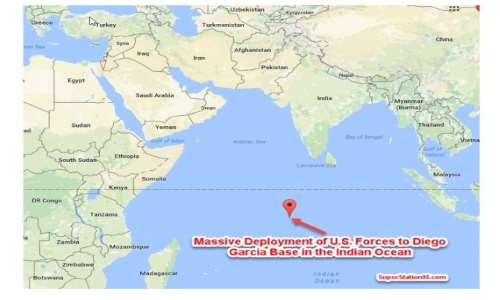 One apocalyptic broadcast told viewers on Moscow's state-owned TV channel NTV: "If it should one day happen, every one of you should know where the nearest bomb shelter is. It’s best to find out now."

Aggressive posturing from Russia in recent weeks has seen the state force 40 million of its citizens to take part in a massive defense drill (story here) to prepare them for a nuclear holocaust.

The governor of St Petersburg clarified what bread rations people could expect should Russia come under attack – 300 grams for 20 days.

The Kremlin also ordered nuclear capable missiles to be rolled into a base in mainland Europe, on an enclave near Poland called Kaliningrad.

Verbal jousting between the US, Britain and Russia over the issue of the ongoing bombardment of civilians in Syria are reaching a peak, with the very real possibility of genuine armed conflict between the nations taking place over the city of Aleppo.

But one expert believes Putin's latest ramping-up of tensions is simply a tactic to prevent the US from interfering in Syria and to put the incoming American President on the back foot when they take office next year.

Aleksander Baunov, an analyst at the Carnegie Moscow Center, said the civil defense drills and the heated programming on television were a ploy to deter the US from interfering with Russia’s military campaign in Syria or responding too strongly to suspected Russian efforts to interfere with the US elections.

He said: "They want to touch bottom and then to try to go up.

“Any responsible politician…if you are responsible and experienced, it cannot start with further downgrading already bad relations if they are already at bottom.”

According to information from a government contractor, the US has deployed "More planes than I have ever seen in nine years" to the Military Base at Diego Garcia in the Indian Ocean.  Specifically, this contractor wrote to say:

I rotate thru Diego Garcia every 6 weeks to pull maintenance on uplink equipment as a private contractor.

Something big is going on, the island has more aircraft than anytime in the last 9 years. They have blocked off some access roads and are now parking aircraft on the National Road. Barriers have been set up around the aircraft areas. Temporary barracks and hangers are popping up everywhere. A tent city full of AF and Navy maintenance personal has also been set up.

Security is nuts I had to show my id at least 8 times a day.

My coworker is former AF and said they are like that when nukes are around.

We counted over a dozen air refueling tankers on the ground. The airfield had a take off or landing every 1 minute, very busy. When we flew out we waited in line for quite a while. We never had to wait in the past.

The Navy had the docks full of ships and 6 to 8 more were moored just off shore. We watched many pallets of bombs being off loaded from one ship.

There were a bunch of B-52's coming in that were painted flat black. I have't seen that before.

Taking a generalized look at the actual political situation inside the United States, one can clearly see things are ripe for a foreign war:

Pre war checklist:
A) Hillary is leaving the public light for 20 days. Right before an election. HMMMMM . . . . the inexplicable explained.
B) Hillary has been talking about war with Russia for a long time.
C) High level people in the U.S. government are accusing Russia of hacking top government computers.
D) The Russians had a nuclear/ bio training drill last week that involved 40 million people.
E) Americans in the Mideast have painted their fighter jets the same color as the Russians. This could be excused off as "training" on American soil, but NOT IN SYRIA.
F) The Russians have told the Americans they will shoot down any jet that attacks Russian or Syrian forces.
G) The candidate that would not spark a war (Trump)  is under intense attacks, in the hopes of sidelining him.
H) The candidate that wants war (Hillary) is provably rigging the polls badly, with hacks, unregistered voters, dead voters, and scam buses taking fraudulent voters to multiple polling sites as verified by the Democratic election commissioner of New York that this will be done this year). The war candidate is hell bent on stealing the election, with the full complicity of a scamming media that is lying about everything, including burying the facts surrounding imminent war with Russia.
I) The Russians moved strategic nuclear assets into position a couple days ago.
J) Russia recalls EVERYONE living abroad.
K) Russia has frozen all diplomatic ties to the U.S.

RELATED : Obama’s Final 100 Days! Is This The Beginning Of THE END?! Guess What President Barack Obama Just Did!


CONCLUSION: Though war is not 100 percent certain yet, you'd be mistaken to leave the dog outside with this kind of a storm on the horizon. You had best prepare.

Obama has announced he will make a decision on the Syria situation TODAY – Friday, 14 October 2016.

Do you think we can really stop the unstoppable? Our federal government is out of control and has been that way for years; under the control of an invisible hand of elitists.  As things stand in the US now, they see the writing on the wall for the coming election: They are ALL going be knocked out of power with a Trump win.  These people are so psychotic, they would rather adopt a "scorched earth" policy and wipe out everything rather than lose control of it all.

Do you think our Government cares if we survive WWlll?  Easy to answer: Does your city have a Nuclear Fallout Shelter like so many cities in Russia? No.  And why not?  So we die!

The veil has been lifted and we have been duped by the Elite.

Do American cities have doomsday bunkers tucked away in underground tunnels like the ones beneath DC?

Do you have 2 homes, one in DC and one in your district? Politicians do.

Better yet, this is election season so our Congress and Senate are away "CAMPAIGNING" which is just a public taxpayer funded vacation . Where are they exactly? Why is Hillary dropping off the campaign trail for 20 days right before an election when it's imperative for a candidate to be out on the campaign trail with their constituents?

RELATED : Time To Pay Attention — In The Last 48 Hours, Humanity Just Moved To The Brink Of World War


Russia is at "DefCon 1" and "ThreatCon Alpha" because they know Washington would never launch nukes while Congress was in session, it would be suicide.  But right now, Congress is out of town.

Our Elite are conveniently dispersed around the country to ensure the continuity of government once the fallout from prevailing winds is safely carried away. It takes about 3 weeks or, coincidentally, 20 days.

We have irrefutable proof that a former President and current Presidential candidate have sold America's sovereignty to the highest international bidders.

Emails proving an orchestrated controlled demolition of America's foreign policy to intentionally weaken us abroad at the expense of our own National Security.

We have a future President (Hillary) and a past President (Bill) conspiring with a sitting President (Obama) to obfuscate justice at every level.

How is this not being picked up and used as actionable intel for the DIA, NSA, CTF, and Secret Service?

All the countries with terrorist proxies have a vested interest monetarily to make sure Hillary is elected, this put's Trump's life in great danger including his family. It is officially open season now. Pray for Trump.

This is only going to escalate in the days leading up to the election. The Establishment will not relinquish power for a prison cell and Trump's promise to appoint a special prosecutor Sunday at the debate was a veiled threat to "Our Dear Leader" that not even the office of the PRESIDENCY will be immune from the treason perpetuated on this Republic and her citizens.

The New World Oligarchy will burn this whole motherfucker down instead of surrendering.  Polling by MSNBC Today Shows Hillary is LOSING, with 85% of people saying they WON'T vote for her! (HERE)  The elite see their days are numbered.

WWIII, Nuclear Annihilation while our PROLETARIAN CONGRESS AND SENATE HIDE IN THEIR BUNKERS, any survivors will be under Martial Law, Suspension of Elections, Globalism which is just Illuminati Code for Communism, will be the international law of the land.

PRAY. Let the Bible be your weapon of choice, Let Scripture be your ammo. You can stock up every Sunday for free. God Bless.

Those of you wondering why you haven't — and aren't  — hearing about this from the mass-media need only understand they are too busy kissing Hillary's ass to report actual news.  Flortunately, most of them will be wiped-out too when the nukes fly.  Poetic justice.

Obama says he will decide on a strategy for the Syria situation TODAY (Friday, 14 October) but let's not kid ourselves, this was decided WEEKS AGO.  That's how long it takes to move the kinds of assets that are now deployed in Diego Garcia.   So the writing is on the wall and the forces are deployed: It appears we are going to directly attack the government of Syria and when we do, Russia will defend its Syrian ally.  There will be the war – and WE will have started it, without any cause or national security interest.

Waging aggressive war is a crime against humanity for which the penalty can be death.  Obama and his generals ought to think long and hard about that.  For if this goes as we believe it is going to, a tribunal similar to Nuremberg may be convened by the world.  If so, Obama and his generals might just end up sentenced to swing from a rope.  How fitting for America's first black President. 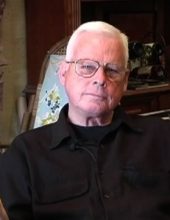 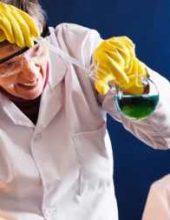