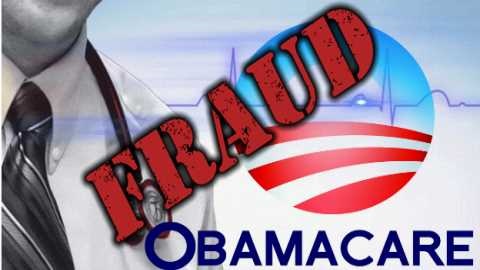 As millions of Americans struggle with additional increases in their healthcare premiums, loss of their preferred coverage, loss of family doctors, loss of full-time employment and other adverse effects of Obamacare implementation, we are seeing the resurrection of several timeworn arguments from its supporters on social media, advocacy groups, and of course, the modern-day media.  Although many in number, certain stalwart augments of the Left get my attention in that key misrepresentations now seem to be woven into the fabric of the American masses.

Perhaps the most galling of these surviving misconceptions is the phony basis upon which Obamacare was sold, which was in order to aid some “47 million uninsured Americans.” This statistic is simply dishonest.  President Obama, with the help from his friends in the modern-day media, perpetuated this fabricated number knowing it to be false.  A simple breakdown of this estimated number reveals the ruse:

The above breakdown leaves us with the correct figure of approximately 5 million Americans that truly fell into a loophole of not qualifying for government aid, but also likely not able to afford health insurance coverage.  Contrast this figure of 5 million Americans that were actually in need to the estimated 15 million Americans that are now subject to the loss of their existing individual policies (6 or 7 million of whom already have) as a direct result of Obamacare regulations.  Obama and his cronies have repeatedly discounted this 15 million as being a small percentage.  Soon, 85 million policies will be in jeopardy once the employer mandates and other regulations come into effect. In any case, providing for the 5 million Americans previously in need could have certainly been more easily achieved without disrupting the entire healthcare system in America.

This brings us to another distortion upon which Obamacare was based that we continue to hear, which is that the healthcare system was “broken.”  The fact is that prior to Obamacare, polls showed that nearly 85% of Americans were happy with their health care coverage, which is an amazing level of consensus — one that is rarely achieved within the American population.  Moreover, to the extent that the system was “broken” or in need of reform, pre-existing government intrusion was largely the cause.

Much of the American electorate seems not to realize that the free market system equals a free people, free to make decisions that are best for themselves and their families within a consumer-driven economy, one which forces corporations, small businesses and providers to be innovative and compete for their business. This is what made America great – not government control.

The healthcare system in America needed more free market solutions, such as allowing health insurance to be portable so people could take their coverage with them from one job to the next; or allowing people that buy individual plans to have the same tax advantages as do their employers; or allowing individuals and small businesses to band together to pool risk and have the same discounts that larger companies enjoy; or to increase competition by allowing health insurance policies to be sold across state lines.  There are many free market solutions that have been proposed to increase competition and lower costs, but these are the antithesis of the Left.  And of course, healthcare costs will continue to increase until junk lawsuits can be curtailed. But lawyers and law firms represent a powerful lobby group to which Democrats are beholden, and they have blocked all GOP attempts to advance tort reform. 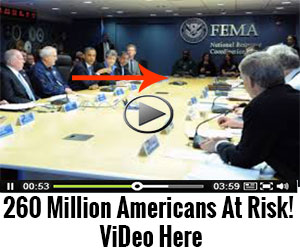 If supporters of Obamacare believe that this law is so desirable or compassionate, they must ask themselves why the President keeps pushing the implementation of key provisions beyond Election Days; and, why only those who are well-connected, have political power, are political associates, allies, cronies or are the chosen few are granted exemption from the law.  The reality is that Obamacare was never about the number of uninsured Americans, better healthcare, compassion or the advancement of America. Rather, Obamacare is solely about advancing Leftist Ideology and their never-ending quest for increased Government Control over “We the people.” 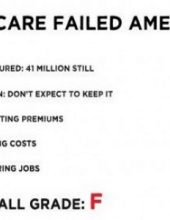