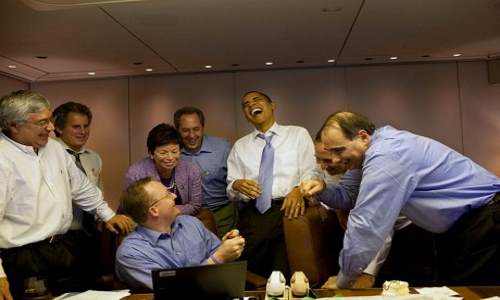 We have just witnessed one of the most significant steps toward a one world economic system that we have ever seen.  Negotiations for the Trans-Pacific Partnership have been completed, and if approved it will create the largest trading bloc on the planet.  But this is not just a trade agreement.  In this treaty, Barack Obama has thrown in all sorts of things that he never would have been able to get through Congress otherwise.  And once this treaty is approved, it will be exceedingly difficult to ever make changes to it.  So essentially what is happening is that the Obama agenda is being permanently locked in for 40 percent of the global economy.

The United States, Canada, Japan, Mexico, Australia, Brunei, Chile, Malaysia, New Zealand, Peru, Singapore and Vietnam all intend to sign on to this insidious plan.  Collectively, these nations have a total population of about 800 million people and a combined GDP of approximately 28 trillion dollars.

In hailing the agreement, Obama said, “Congress and the American people will have months to read every word” before he signs the deal that he described as a win for all sides.

“If we can get this agreement to my desk, then we can help our businesses sell more Made in America goods and services around the world, and we can help more American workers compete and win,” Obama said.

Sadly, just like with every other “free trade” agreement that the U.S. has entered into since World War II, the exact opposite is what will actually happen.  Our trade deficit will get even larger, and we will see even more jobs and even more businesses go overseas.

But the mainstream media will never tell you this.  Instead, they are just falling all over themselves as they heap praise on this new trade pact.  Just check out a couple of the headlines that we saw on Monday…

-Time Magazine: “Pacific Trade Deal Is Good for the U.S. and Obama’s Legacy”

-The Washington Post: “The Trans-Pacific Partnership is a trade deal worth celebrating”

Overseas it is a different story.  Many journalists over there fully recognize that this treaty greatly benefits many of the big corporations that played a key role in drafting it.  For example, the following comes from a newspaper in Thailand…

You will hear much about the importance of the TPP for “free trade”.

The reality is that this is an agreement to manage its members’ trade and investment relations — and to do so on behalf of each country’s most powerful business lobbies.

Packaged as a gift to the American people that will renew industry and make us more competitive, the Trans-Pacific Partnership is a Trojan horse. It’s a coup by multinational corporations who want global subservience to their agenda. Buyer beware. Citizens beware.

The gigantic corporations that dominate our economy don’t care about the little guy.  If they can save a few cents on the manufacturing of an item by moving production to Timbuktu they will do it.

Over the past couple of decades, the United States has lost tens of thousands of manufacturing facilities and millions of good paying jobs due to these “free trade agreements”.  As we merge our economy with the economies of nations where it is legal to pay slave labor wages, it is inevitable that corporations will shift jobs to places where labor is much cheaper.  Our economic infrastructure is being absolutely eviscerated in the process, and very few of our politicians seem to care.

Once upon a time, the city of Detroit was the greatest manufacturing city on the planet and it had the highest per capita income in the entire nation.  But today it is a rotting, decaying hellhole that the rest of the world laughs at.  What has happened to the city of Detroit is happening to the entire nation as a whole, but our politicians just keep pushing us even farther down the road to oblivion.

And these trade deficits are not just numbers.  They represent real jobs that are being lost.  It has been estimated that the U.S. economy loses approximately 9,000 jobs for every 1 billion dollars of goods that are imported from overseas, and one professor has estimated that cutting our trade deficit in half would create 5 million more jobs in the United States.

Just yesterday, I wrote about how there are 102.6 million working age Americans that do not have a job right now.  Once upon a time, if you were honest, dependable and hard working it was easy to get a good paying job in this country.  But now things are completely different.

Why aren’t more people alarmed by numbers like this?

And of course the Trans-Pacific Partnership is not just about “free trade”.  In one of my previous articles, I explained that Obama is using this as an opportunity to permanently impose much of his agenda on a large portion of the globe…

It is basically a gigantic end run around Congress.  Thanks to leaks, we have learned that so many of the things that Obama has deeply wanted for years are in this treaty.  If adopted, this treaty will fundamentally change our laws regarding Internet freedom, healthcare, copyright and patent protection, food safety, environmental standards, civil liberties and so much more.  This treaty includes many of the rules that alarmed Internet activists so much when SOPA was being debated, it would essentially ban all “Buy American” laws, it would give Wall Street banks much more freedom to trade riskyderivatives and it would force even more domestic manufacturing offshore.

The Republicans in Congress foolishly gave Obama fast track negotiating authority, and so Congress will not be able to change this treaty in any way.  They will only have the opportunity for an up or down vote.

I would love to see Congress reject this deal, but we all know that is extremely unlikely to happen.  When big votes like this come up, immense pressure is put on key politicians.  Yes, there are a few members of Congress that still have backbones, but most of them are absolutely spineless.  When push comes to shove, the globalist agenda always seems to advance.

Meanwhile, the mainstream media will be telling the American people about all of the wonderful things that this new treaty will do for them.  You would think that after how badly past “free trade” treaties have turned out that we would learn something, but somehow that never seems to happen.

The agenda of the globalists is moving forward, and very few Americans seem to care.

So what will it take for people to finally wake up?  Please feel free to share your thoughts by posting a comment below… 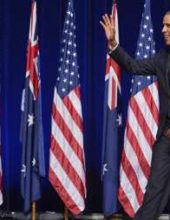