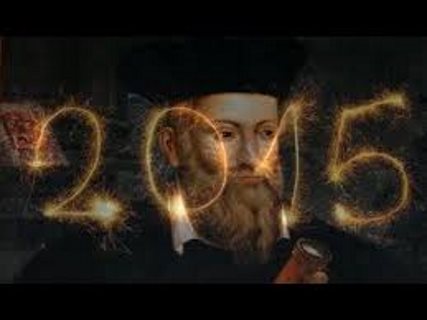 Nostradamus, born Michel de Nostredame (1503 – 1566), was an apothecary of French origins who foretold a number of prophecies and published them in a world-famous book called The Prophecies or Les Propheties.

The very first edition of the said book became famous about 11 years before he died. Since then, Nostradamus and his book have acquired a huge following that believes he predicted numerous world events, hundreds of years before they occurred.

​RELATED STORY : FEMA Admits They Are Up To Something Big-You Won’t Believe What They Are About To Do! Prophecy Experts Have Been Warning About This-Should We Be Listening? (Videos)

​RELATED STORY : Earthquakes. Tsunamis. Nuclear disasters. War. The end times are near. Are you prepared for Armageddon?

According to astrologists ( Mercury in Sagittarius, Saturn fading) the next time that Mercury will be in Sagittarius and Saturn in a “fading" position will be on November 25, 2015.

Discovery Channel. I am a big Nostradamus believer and have written widely on the subject and included this video I just saw on Discovery that speaks about the power of the great man's prophecies.