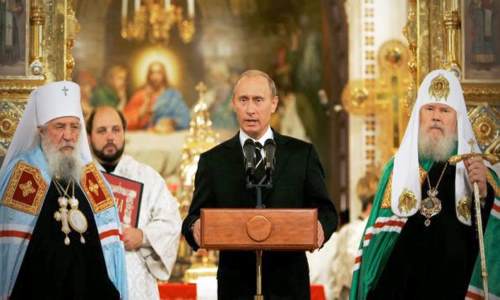 The Orthodox Christian Church, which is reclaiming its traditional role in post-Soviet Russia, has just described its government’s fight against the Islamic State and other jihadi groups in Syria as a “holy war.”

According to Vsevolod Chaplin, head of the Church’s Public Affairs Department,

The fight with terrorism is a holy battle and today our country is perhaps the most active force in the world fighting it.  The Russian Federation has made a responsible decision on the use of armed forces to defend the People of Syria from the sorrows caused by the arbitrariness of terrorists. Christians are suffering in the region with the kidnapping of clerics and the destruction of churches. Muslims are suffering no less.

READ : Preview Of World War III? Russia Is Putting On A Display Of Firepower That Is Shocking The World

This is not a pretext to justify intervention in Syria.  For years, Russia’s Orthodox leaders have been voicing their concern for persecuted Christians.  Back in February 2012, the Russian church described to Vladimir Putin the horrific treatment Christians are experiencing around the world, especially under Islam:

The head of External Church Relations, Metropolitan Illarion, said that every five minutes one Christian was dying for his or her faith in some part of the world, specifying that he was talking about such countries as Iraq, Egypt, Pakistan and India. The cleric asked Putin to make the protection of Christians one of the foreign policy directions in future.

“This is how it will be, have no doubt,” Putin answered.

Compare and contrast Putin’s terse response with U.S. President Obama, who denies the connection between Islamic teachings and violence; whose policies habitually empower Christian-persecuting Islamists; who prevents Christian representatives from testifying against their tormentors; and who even throws escaped Christian refugees back to the lions, while accepting tens of thousands of Muslim migrants.

Russian Patriarch Kirill once even wrote an impassioned letter to Obama, imploring him to stop empowering the murderers of Christians.  That the patriarch said “I am deeply convinced that the countries which belong to the Christian civilization bear a special responsibility for the fate of Christians in the Middle East” must have only ensured that the letter ended up in the Oval Office’s trash can.  After all, didn’t Obama make clear that America is “no longer a Christian nation“? 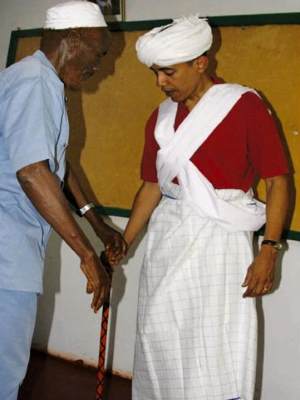 Of course, Russian concerns for Christian minorities will be cynically dismissed by the insufferable talking heads on both sides.  While such dismissals once resonated with Americans, they are becoming less persuasive to those paying attention, as explained in “Putin’s Crusade—Is Russia the Last Defender of the Christian Faith?”

For those of us who grew up in America being told that the godless communist atheists in Russia were our enemies, the idea that America might give up on God and Christianity while Russia embraces religion might once have been difficult to accept.  But by 2015, the everyday signs in America show a growing contempt for Christianity, under the first president whose very claims of being a Christian are questionable.  The exact opposite trend is happening for Russia and its leaders—a return to Christian roots.

Indeed, growing numbers of Americans who have no special love for Russia or Orthodoxy—from billionaire capitalist Donald Trump to evangelical Christians—are being won over by Putin’s frank talk and actions.

How can they not?  After one of his speeches praising the West’s Christian heritage—a thing few American politicians dare do—Putin concluded with something that must surely resonate with millions of traditional Americans: “We must protect Russia from that which has destroyed American society”—a reference to the anti-Christian liberalism and licentiousness that has run amok in the West.

Even the Rev. Franklin Graham’s response to Russia’s military intervention in Syria seems uncharacteristically positive, coming as it is from the head of the Billy Graham Evangelistic Association, which for decades spoke against the godless Soviets:  “What Russia is doing may save the lives of Christians in the Middle East….  You understand that the Syrian government … have protected Christians, they have protected minorities from the Islamists.”

Should U.S supported jihadis (“rebels”) succeed in toppling the government of Syria, Graham correctly predicts that there will be “a bloodbath of Christians”:

Incidentally, it’s an established fact that the “good rebels”—or “moderates”—are persecuting Christians no less than the Islamic State.

When asked why the Obama administration is so callous towards the plight of persecuted Christians, Graham, somewhat echoing Putin, said the American president was more invested in promoting the homosexual agenda than he is in protecting Christians:

I’m not here to bash the gays and lesbians and they certainly have rights and I understand all of that, but this administration has been more focused on that agenda than anything else. As a result, the Middle East is burning and you have more refugees moving today since World War II. It could have been prevented.

In reality, it’s not Russian claims of waging a holy war to save Christians from the sword of jihad that deserves to be cynically dismissed, but rather every claim the Obama administration makes to justify its support for the opposition in Syria (most of which is not even Syrian).

There are no “moderate rebels,” only committed jihadis eager to install Islamic law, which is the antithesis of everything the West once held precious.  If the “evil dictator” Assad kills people in the context of war, the “rebels” torture, maim, enslave, rape, behead, and crucify people solely because they are Christian.

How does that make them preferable to Assad?

Moreover, based on established precedent—look to Iraq and Libya, the other countries U.S. leadership helped “liberate”—the outcome of ousting the secular strongman of Syria will be more atrocities, more Christian persecution, more rapes and enslavement, and more bombed churches and destroyed antiquities, despite John Kerry’s absurd assurances of a “pluralistic” Syria once Assad is gone.  It will also mean more terrorism for the West. 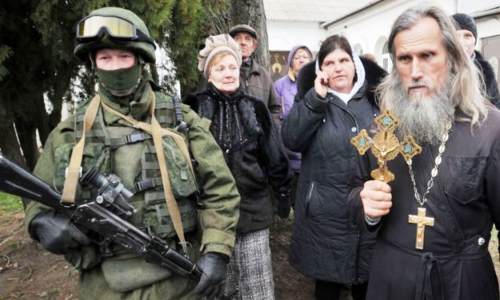 Once again, then, the U.S. finds itself on the side of Islamic terrorists, who always reserve their best for America.  The Saudis—the head of the Jihadi Snake which U.S. presidents are wont to kiss and bow to—are already screaming bloody murder and calling for an increased jihad in Syria in response to Russia’s holy war.

Will Obama and the MSM comply, including through an increased propaganda campaign?  Top Islamic clerics like Yusuf al-Qaradawi—who once slipped on live television by calling on the Obama administration to wage “jihad for Allah” against Assad—seem to think so.  Already the U.S. “welcomes” the new cruel joke that Saudi Arabia, one of the absolute worst human rights violators, will head a U.N. human rights panel.

At day’s end and all Realpolitik aside, there is no denying reality: what the United States and its Western allies have wrought in the Middle East—culminating with the rise of a bloodthirsty caliphate and the worst atrocities of the 21st century—is as unholy as Russia’s resolve to fight it is holy. 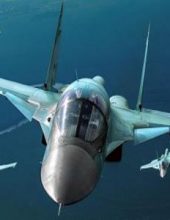