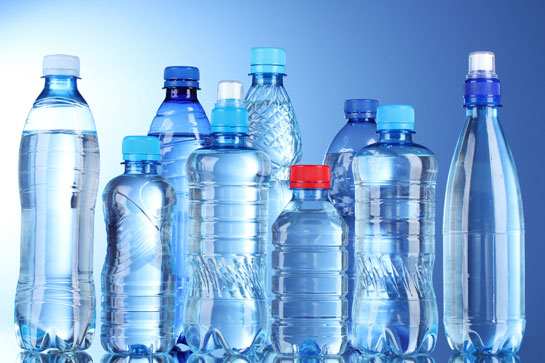 Radiation has contaminated the underground pipes, water tanks, and plumbing that provide drinking water for much of Central Texas and the famed Texas Hill Country, according to concerned city officials.

HOUSTON Radiation has contaminated the underground pipes, water tanks, and plumbing that provide drinking water for much of Central Texas and the famed Texas Hill Country, according to concerned city officials in the region who have tested the pipes with Geiger counters.

RELATED : How To Store Emergency Food and Water Supplies- For Any Disaster
According to local officials, the contamination comes from years of exposure to drinking water that already tests over federal legal limits for radioactive radium. Of even more concern, they say, is that any water quality testing is done before the water runs through the contaminated pipes that could be adding even more radiation.
It s a serious concern, City of Brady Manager James Minor said. These pipes have so much radioactivity in them, metal recycling places refer to them as they re hot.
Minor said the city made the discovery when it recently dug up older steel water pipes from the ground in an attempt to replace them. When the city brought the older pipes to a local recycling scrap yard, the scrap yard turned them away as too radioactive to recycle.
It just brings lots of questions to my mind as far as, what s that doing to the people drinking it, he said, referring to the water that flows through the pipes.
Minor said he is speaking out in an attempt to do the right thing on behalf of his citizens, and those who live in the region.

RELATED : What’s in Your Drinking Water — You Really Should See This!
This is a regional problem for 40 to 50 other communities, he said. This is a huge problem. We just happen to be the one standing here in front of the camera talking about it.
City of Brady officials spoke openly about the issue after being contacted by KHOU 11 News. The call was prompted by internal documents from the Texas Commission on Environmental Quality, which identified a main source of the region s water as radium contaminated. The TCEQ had initially refused to release the paper after a public-records request, and only did so under order from the Attorney General of Texas.

RELATED : BREAKING: No Water for 100 Miles Around Toledo Ohio! People Dying!
The white paper, titled Implementing the National Primary Drinking Water Regulations for Radionuclides, was an internal assessment of the threat posed from radiation in Texas water, and was prompted by new federal regulations the Environmental Protection Agency adopted on Dec. 7, 2000. The Texas report states over 200,000 Texans drink water from public water systems which are contaminated with relatively high levels of radium and other naturally occurring radioactive material.