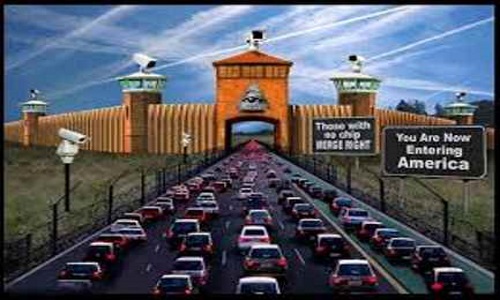 Get ready…the New World Order is about to launch into full swing and your world is going to be turned UPSIDE DOWN as the result!

Plans are moving along the “fast track” as the corrupt, criminal regimes currently occupying the highest political, financial and religious positions in the world, who are being driven by the New World Order evil demonic influence, are about to go to all out war with the world populous in attempts to maintain control.

The Globalists are completely lawless and getting ready to arrest and throw into jail anyone who gets in their way to fulfill their plan. They soon will suspend our 1st and 2nd Amendment rights and take absolute control of the Internet and confiscate our guns. Patriotic voices and religious “extremists” who contradict the the government’s official narrative, will be censored and silenced. Any journalist who tries to conduct an honest investigation will be arrested and thrown in jail. This will all be preceded by a staged massive FALSE FLAG attack that will involve either chemical, biological and/orNUCLEAR weapons.

Global financial collapse will be forthcoming along with the destruction of the Petrodollar and the U.S. dollar as the world reserve currency. The “death of the dollar” has been talked about for many years but will be finally realized. Don’t get duped into believing the “useful idiots” who say, “Everything is wonderful, we’re in a “Golden Age” and there has been doomsayers around forever.” Mark these words, the day is coming for a ONE WORLD CURRENCY, ONE WORLD GOVERNMENT and ONE WORLD RELIGION. Eventually you will have to renounce your faith in Jesus Christ and “go with the NWO narrative,” otherwise, you’ll be put to death.

2018 will be a year of incredible GREAT TRIBULATION! (More on why that is in Part 3 along with 20 ways to PREPARE yourself and loved ones for what is coming.) Don’t be foolish – prepare now – today. It’s better to be a year early that a day late – tomorrow might just be too late!

The consequences of what’s getting ready to happen for the average American are nothing less than catastrophic, yet many still have no idea whatsoever of what is about to happen. 62% of the American population has less than $1000 in savings.

If you live in America today, your chances of surviving to see the year 2025 are exactly 1 in 5 (Deagel). Shocking! But don’t shake your head and be too quick to dismiss what you just read…. remember, there is NOTHING that a criminal regime won’t do to stay in power. Remember the Nazi’s?

Buckle your seat belts folks and hang on tight, the ride is about to get rough. Pray, trust God for your life, prepare, use wisdom, get skilled at needed job trades, store some food, water, cash, guns, gold, toiletries, batteries, books, medications and keep gathering truthful information before it becomes illegal to spread.

When JUDGMENT comes…death and destruction results. But the good news is out of the ashes revival is born. Pray for a remnant of believers, patriots and warriors to rise up and take our country back from the wretched godless Globalists and reassert our American Christian heritage. Pray for a genuine revival to awaken the darkened hearts that have been captured by this evil generation. And be sure to watch “FUTURESHOCK 2017-2020: Your Life Is About To Change! Part 3.” America’s toughest days are about begin – get prepared NOW!

Global financial collapse will be forthcoming along with the destruction of the Petrodollar and the U.S. dollar as the world reserve currency. The “death of the dollar” has been talked about for many years but will be finally realized. Don’t get duped into believing that the “2015 Shemitah” was suppose to be the final doomsday for the dollar. Don’t worry, the dollar’s funeral is coming as is the ONE WORLD CURRENCY, ONE WORLD GOVERNMENT and ONE WORLD RELIGION. First will be a time of incredible darkness that will descend on the American people and indeed the world!

Get ready…your world is about to be turned UPSIDE DOWN! The corrupt, criminal regime currently occupying Washington D.C. is starting to lose its grip on America. The American people are tired of being lied to. Smart Americans are “waking up” in droves to the reality of our nation’s leadership and financial critical condition. They’re tired of been propagandized, controlled and imprisoned by an illegitimate totalitarian regime that trashes our Constitution, Bill of Rights and is stamping out our individual liberties. The proof is the popularity of Donald Trump and Ben Carson. Establishment politicians are as “radioactive” as the Fukushima nuclear site.

Millions of Americans live in areas guaranteed to suffer a major, catastrophic earthquake within the next thirty years. Millions more live in areas vulnerable to savage hurricanes and floods. Still more Americans live in areas vulnerable to terrorist attacks or “technological disasters” of our own making. Why are they there? What have they done to get ready for these disasters? Recent events in New Orleans, Mexico City and Haiti show how truly vulnerable we are, and how slow an effective government response will be. This book can help by walking you through a step-by-step process of planning, preparation and action that will help you get ready for the catastrophe you just know is coming. This book is useful for all those who wish to survive the coming catastrophe, and help their families and close friends to survive as well. Fortune favors the prepared. Get ready!

Mark 13:8 For nation shall rise against nation, and kingdom against kingdom: and there shall be earthquakes in divers places, and there shall be famines and troubles: these are the beginnings of sorrows. 2017WORLD WAR III OR NEW WORLD ORDER? Vatican secrets revealed Globalism 9/11

A little humor helps ease the pain of having to live in our world today. Laughter is therapeutic. But what is getting ready to happen is deadly serious business – even life threatening business! America wants to implode Washington D.C. and Washington D.C. is at war with Americans. It’s a titanic struggle to the finish of good vs. evil to determine the winner. The battle is not going to end well and there’s going to be a lot of blood spilled. Pray for the candidates physical safety – especially Donald Trump’s.

Have you prepared for the FUTURESHOCK that is coming? If so, you won’t panic when PANIC sweeps the globe. The PERFECT STORM is truly mind-boggling. It’s unusually ominous and is rapidly approaching:

-when markets across the world plunge because the $225 trillion debt bubble explodes;

-when the banking system collapses because of the 1.25 quadrillion Derivatives market and the Central Bank scams of “QE” money;

-when your local bank steals all your money you’ve deposited (called “BAIL-INS”) because it has to else it will go bankrupt;

-when food, medicines and commodities because scarce and prices SKYROCKET!;

-when domestic terrorism breaks out across multiple cities simultaneously;

-when Global War breaks out fueled by Syria and the Middle East conflicts;

-when rampant domestic violence and the Global Chaos of 2017 unfolds;

-when the GREAT VIRUS PANDEMIC of 2019 is unleashed;

-when the total WORLDWIDE POLITICAL UPHEAVAL OF 2020 takes place.

Truth is the enemy. Lies are spoken as truth. Deception and lawlessness rules the day. Evil is exploding exponentially as Lucifer is unleashing his dominions to furiously prepare the world for his arrival – the day wherein he will be “revealed” to every living human being on the planet as “God.” The false god for sure to be followed by the REAL GOD. (Be sure to watch Part 4 of this series for a detailed description of the coming ANTI-CHRIST!) The wicked are becoming more wicked and the righteous are becoming more righteous – just as the Bible predicted.

Mark these words… the world is about to DRAMATICALLY CHANGE. Millions will be standing at death’s door. Chaos is coming and is going to spread far and wide. EVERY SINGLE PERSON ALIVE will be affected. Is your house is in order?

I hear some of you say, “How ridiculous – I keep hearing the same thing over and over and nothing has happened.” Others arrogantly say, “Bring it on – nothing will happen to me!” Forget it.. quit reading right now. There’s no hope for you! It’s simply too late for that kind of thinking my friend. You’ve built your house on sand and the coming storm will reduce it to toothpicks. You FOOLISH man! You idiot! You failed to heed the many voices warning you of what’s to come. You’ve laughed and scoffed your way into denial and now you and all those who think like you will pay the price!

Is this the FINAL CALL? Soon you’ll be able to answer that question for yourself. The wise are ready and have already made their physical, financial and spiritual preparations for what’s coming, HAVE YOU? 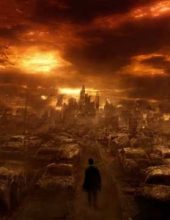 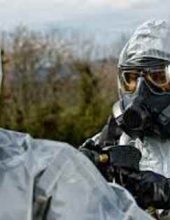 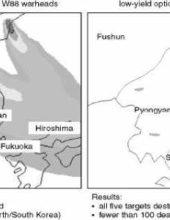