What Will Happen to America on March 24, 2018 Paul Craig ROBERTS Revelations 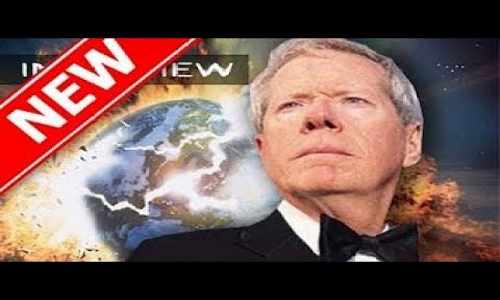 Paul Craig ROBERTS Revelations, What is NAFTA, What Will Happen To America

All trade agreements since NAFTA grant corporate power over government. That is a major violation of the Constitution For The United States. That is what initiated the major relocation of American jobs & eliminated our Industrial base. Trade agreements are TREATIES. None of them including NAFTA were LAWFULLY approved under the terms of the actual Constitution which requires a two-thirds majority approval vote of the Senate. This lawlessness took hold when Clinton was unable to get the required numbers for approval of NAFTA so he simply claimed that NAFTA was an AGREEMENT (not a TREATY) and it was passed into law with a simple Senate majority vote. With kudos and congratulations from David Rockefeller, at the time, this monumental FRAUD over American Law was (and remains) a major violation of the Supreme Law of his Land. There is ABSOLUTELY no difference in the literal dictionary definition for AGREEMENT and/or TREATY!

What is NAFTA?
The North American Free Trade Agreement (NAFTA) went into effect on January 1, 1994 between the United States, Mexico and Canada.

Negotiated behind closed doors with hundreds of official corporate advisors, NAFTA was radically different than past trade deals that focused on traditional trade matters, like cutting border taxes. Instead, most of NAFTA’s provisions grant new powers and privileges to multinational corporations.

These new powers make it easier for corporations to outsource jobs and attack the environmental and health laws on which we all rely. (Check out our list of the most egregious investor cases here.) NAFTA’s “investor protections” create incentives for corporations to relocate production and jobs elsewhere. Indeed, the U.S. has lost more than 930,000 American jobs due to NAFTA, according to the Trade Adjustment Assistance (TAA) database.

Plus, NAFTA guts the Buy American policies that require the government to buy American-made goods when spending our tax dollars. This outsources our tax dollars rather than investing them to create jobs here.

NAFTA has also lowered U.S. wages, increased inequality, and hurt U.S. manufacturing and agriculture in all 50 states. At the same time, it has crippled the Mexican economy, driving millions from their homes.

A Vast Expansion of Corporate Power
At the heart of deals like NAFTA are the outsourcing protections and new rights for multinational corporations to sue the U.S. government in front of a tribunal of three corporate lawyers.

These lawyers can order U.S. taxpayers to pay the corporations unlimited sums of money, including for the loss of expected future profits.

The corporations only need to convince the lawyers that a law protecting public health or the environment violates their special NAFTA rights. The corporate lawyers’ decisions are not subject to appeal.

Taxpayers have paid hundreds of millions of dollars under NAFTA to multinational corporations over toxic bans, environmental and public health policies, and more, with tens of billions pending in ongoing cases.

Rollbacks of Food Safety, Health and Environmental Protections
The dirty little secret of NAFTA is that most of its chapters do not have to with trade at all. One chapter limits food and product safety standards along with border inspections. It lets agribusiness firms sell food here that does not meet U.S. safety rules.

Another gives big pharmaceutical firms new protections against competition so they can raise medicine prices. Another limits consumer protections in the service sector.

This limits what governments can do to keep big banks from causing another financial crisis and requires access to all U.S. roads for trucks from Mexico that do not meet U.S. safety or environmental standards.

How to survive each day with little necessities of life like little food, no technology as there will be no electricity, and sometimes poor housing.
– How to preserve medication and food at home without chemical preservatives or a refrigerator.
– How to identify biological weapons and chemicals thrown your way, understanding how they affect your body and what to do about it and also how to avoid it and stay safe.
The Consequences of NAFTA
Instead of the economic gains for people in all three countries promised by NAFTA’s supporters, the deal has resulted massive job loss and lower wages.

There are more than 930,000 specific American jobs certified as lost to NAFTA outsourcing and imports under just one narrow government program that undercounts the damage.

The Labor Department reports that almost half of the manufacturing workers who lost jobs and were rehired in 2016 experienced a wage reduction, with one out of four taking a cut of greater than 20 percent – an annual loss of at least $7,700. Entire communities have been devastated.

More than 2 million Mexicans engaged in farming and related work lost their livelihoods as NAFTA flooded Mexico with subsidized corn and other agricultural products. Tens of thousands of small retail and manufacturing firms were bankrupted as NAFTA opened the door to Walmart and other megaretailers.

Real average annual wages in Mexico have fallen 9 percent below pre-NAFTA levels and are now lower than those in coastal China. Canadian taxpayers have forked over tens of millions to corporations in ISDS attacks.

Scores of environmental, health and other public interest policies have been challenged in all three countries. Consumer safeguards, including key food safety protections, have been rolled back.

And NAFTA supporters’ warnings about the chaos that would engulf Mexico, and a new wave of migration from Mexico, if NAFTA was not implemented have indeed come to pass, but ironically because of the devastation of many Mexicans’ livelihoods occurring, in part, because NAFTA was implemented.

For example, if a government implements a labor or environmental regulation that a multinational corporation doesn’t like, even if the regulation is legal and applied to all companies equally, that corporation can nonetheless sue for damages at the World Bank.

Canada and Mexico have so far been the biggest losers in this scheme. The U.S. government has faced several Chapter 11 lawsuits but has not lost a case. But all three countries have had to pay huge sums in legal costs, or in fees paid to arbitration courts. In all cases, the losers are ordinary citizens, because the money to placate corporations and pay these expenses comes from the public purse. And forever more, policymakers will have to think twice about passing any law to protect the public from corporate excesses.

Mexico has lost at least five disputes under Chapter 11, totaling more than $200 million in penalties, and many more cases may result from the privatization of mining concessions in the country. According to the Mexican Ministry of Economy, today there are 857 mining projects planned or in operation — of which two thirds are destructive gold and silver operations, which can badly pollute soil and drinking water. Any future legislation to halt or curb any of these projects could incur a claim under NAFTA rules, since the great majority of foreign mining companies in Mexico are of U.S. or Canadian origin.

Indeed, as the Institute for Policy Studies noted in the report “Mining for Profits in International Tribunals,” extractive industries are increasingly using investment protection rules under free trade or bilateral investment agreements to sue governments when public resistance, environmental assessments, or legal decisions interfere with destructive mega-projects. More than half of these ISDS cases, under NAFTA and other agreements, have been filed against Latin American countries. (Mexico itself has so far avoided this fate, since its government is notoriously permissive about issuing operating permits to extractive industries, but the rules don’t make finding the political will to resist them any likelier.)

The government of Canada, meanwhile, has lost or settled five NAFTA Chapter 11 cases, totaling over $157 million in compensation paid to foreign companies. Billions of dollars remain in dispute.

Two recent cases are instructive. In the first, Lone Pine Resources is asking for $250 million to compensate investors for Quebec’s publicly supported partial moratorium on fracking for natural gas under the St. Lawrence River. In the second, Eli Lilly is demanding $500 million for twice failing Canada’s more stringent test for proving a patent’s utility, resulting in the company losing patents (albeit at the end of their lifespans) for blockbuster anti-depression drugs. The Eli Lilly case is a direct attack on the independence of Canadian courts, and the Lone Pine Resource case wages war on the ability of Canadians to protect their environment.