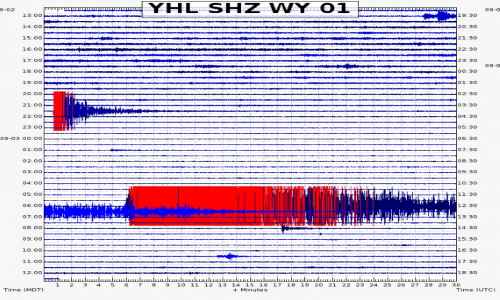 Seismographs at Yellowstone National Park showed a dramatic earthquake at the Super-Volcano at around 6:00 AM Mountain Daylight Time Saturday, with the quake registering on ALL 30 Seismographs which surround the super-volcano inside the park.

The image below shows two quakes, a smaller one, then about three hours later a very much larger one — spiking (in red) on pretty much every single seismograph (click image to enlarge). 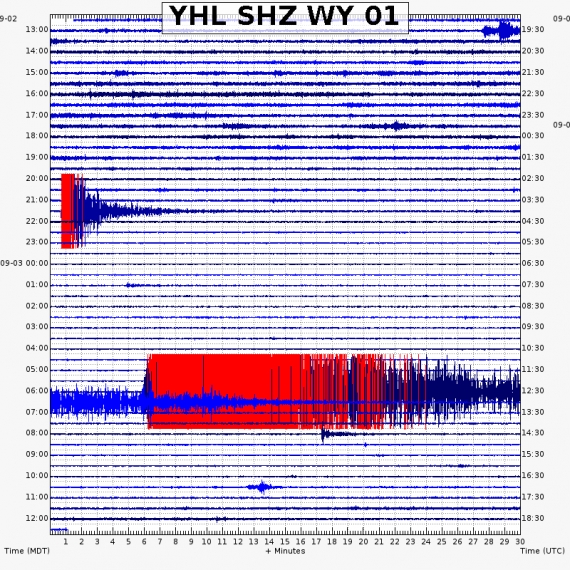 The shaking from this quake registered for over five minutes with smaller trembling registering on the Hebgen Lake seismograph for upwards of an HOUR!

Beneath Yellowstone National Park is a Super-Volcano.  It is one of only fourteen such volcanoes in the world, and it is the ONLY ONE located on land.  All the others are covered byocean.

It is known to have erupted three times in the last 2.1 Million years, and when it did, it spread volcanic ash across two-thirds of the continental United States and altered earth's climate for decades.

At present, based on an eruption every 640,000 years,  Yellowstone is "overdue" for another super-eruption; overdue by some 40,000 years!

THERE IS NO EVIDENCE WHATSOEVER that the earthquake shown above is any indication at all of a coming eruption.  DO NOT PANIC.  If scientists detect such a possibility, you would be notified by government authorities to take action.

We report this incident in the public interest. 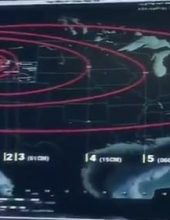 Yellowstone: The Scenario Played Out