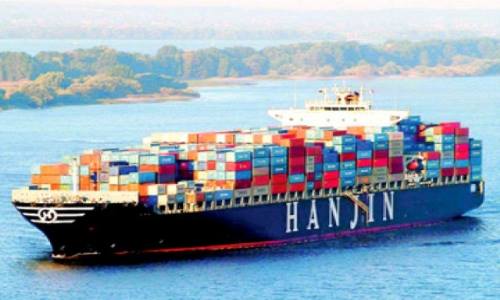 A catastrophic disruption of the global supply chain struck this afternoon when the world's 7th largest container shipping company was cut off by its banks, refused entry to ports worldwide, filed Bankruptcy and had assets SEIZED!

The ramifications of this will be fast and utterly disastrous, worldwide as manufacturers cease receiving raw materials to make things, retailers will not be getting finished goods to re-stockstore shelves or clothing racks. Worse, parts shipments in every imaginable industry will cease receiving parts for the duration of this disruption.  Everything from home appliances, to cars, trucks and trains could see a total inability to make repairs or perhaps even manufacture, because parts shipments have halted.

This is the type of unexpected "Black Swan Event" that could quickly topple stock markets worldwide, as Investors see companies unable to manufacture, process or repair things.  No manufacturing or assembly means no shipment of finished goods.  No shipments mean no sales.  No sales mean no money.  No money means no companies!!!!

Today the largest casualty finally emerged on Wednesday when South Korea's Hanjin Shipping, the country's largest shipping firm and the world's seventh-biggest container carrier, filed for court receivership after losing the support of its banks, leaving its assets frozen as ports from China to Spain denied access to its vessels. 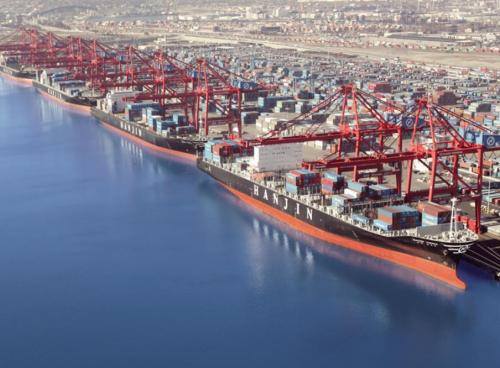 For those unfamiliar with the company, here is a brief overview from its website:

Hanjin Shipping is Korea's largest and one of the world’s top ten container carriers that operates some 70 liner and tramper services around the globe transporting over 100 million tons ofcargo annually. Its fleet consists of some 150 containerships and bulk carriers.

As Reuters reports, banks led by state-run Korea Development Bank withdrew backing for the world's seventh-largest container carrier on Tuesday, saying a funding plan by its parent group was inadequate to tackle debt that stood at 5.6 trillion won ($5 billion) at the end of 2015. 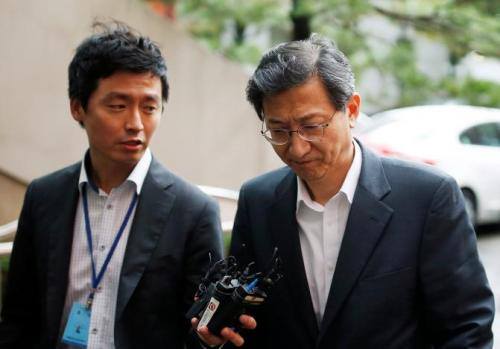 South Korea's biggest shipping firm, announced the filing for receivership and a request to the court to freeze its assets, which the Seoul Central District Court planned to grant, a judge told Reuters.

As part of the company's insolvency process, the court will now decide whether Hanjin Shipping should remain as a going concern or be dissolved, a process that usually takes one or two months but is expected to be accelerated in Hanjin's case, the judge said. A bankruptcy for Hanjin Shipping would be the largest ever for a container shipper in terms of capacity,according to consultancy Alphaliner, exceeding the 1986 collapse of United States Lines.

Coming as no surprise to anyone who has followed the persistent decline in worldside trade, global shipping firms have been swamped by overcapacity and sluggish demand, with Hanjin booking a net loss of 473 billion won in the first half of the year.

South Korea's ailing shipbuilders and shipping firms, which for decades were engines of its export-driven economy, are in the midst of a wrenching restructuring. According to Reuters, KDB's decision to stop backing Hanjin Shipping shows the government is taking a tougher stance with troubled corporate groups.

The fallout from the country's unprecedented bankruptcy invoked a statement from South Korea's Finance Minister Yoo Il-ho, who said that "the government will swiftly push forth corporate restructuring following the rule that companies must figure out how to survive and find competitiveness on their own while taking responsibility."

To be sure, this decision is a fresh breath of air in a world in which mega-corprations across the globe have become "too big to fail" by default, and in many cases anticipate a government bail-out.

According to South Korea's Financial Services Commission, Hyundai Merchant Marine, the country's second-largest shipping line, will look to acquire its rival's healthy assets, including profit-making vessels, overseas business networks and key personnel,  A Hyundai Merchant Marine spokesman told Reuters nothing had been decided about the potential acquisition of Hanjin assets and that the firm will hold talks with KDB. Hyundai Merchant Marine is also in the process of a voluntary debt restructuring.

The question now is whether as a result of the bankruptcy process there will be an unexpected failure in the global supply-chain: South Korea's oceans ministry estimates a two- to three-month delay in the shipping of some Korean goods that were to be transported by Hanjin Shipping, and plans to announce in September cargo-handling measures which could include Hyundai Merchant Marine taking over some routes, a ministry spokesman said on Wednesday.

Making matters worse, Reuters adds that KDB's move to pull the plug was already having an impact on Hanjin's operations, with the company's various shipping assets already frozen. Ports including those in Shanghai and Xiamen in China, Valencia, Spain, and Savannah in the U.S. state of Georgia had blocked access to Hanjin ships on concerns they would not be able to pay fees, a company spokeswoman told Reuters.

Another vessel, the Hanjin Rome, was seized in Singapore late on Monday by a creditor, according to court information. "Now Hanjin must do everything it can to protect its clients' cargoes and make sure they are not delayed to their destination, by filing injunctions to block seizures in all the countries where its ships are located," said Bongiee Joh, managing director of the Korea Shipowners' Association.

Finally, while jarring Hanjin's bankrtupcy was inevitable: shipping industry economics have deteriorated. Charter rates for medium-sized container ships have dropped from around $26,000 a day in 2010 to $13,000 per day now.  Container rates from Shanghai to the U.S west coast have more than halved since then, from around $2,000 per 40-foot container in January 2010 to $596 per 40-foot box last week, data from the Shanghai Shipping Exchange shows.

Shares in Hanjin Shipping have been suspended after plunging 24% on Tuesday.

The global implications from the bankruptcy are unknown: if, as expected, the company's ships remain "frozen" and inaccessible for weeks if not months, the impact on global supply chains will be devastating, potentially resulting in a cascading waterfall effect, whose impact on global economies could be severe as a result of the worldwide logistics chaos. The good news is that both economists and corporations around the globe, both those impacted and others, will now have yet another excuse on which to blame the "unexpected" slowdown in both profits and economic growth in the third quarter. 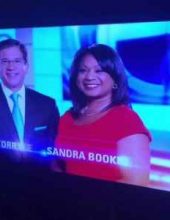