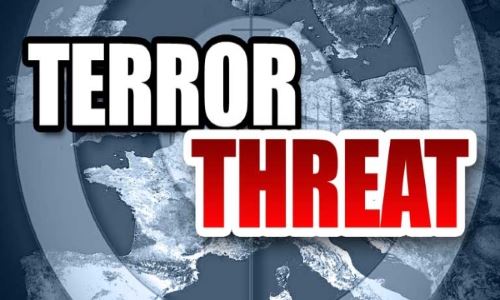 Possible Cause – Direct nuclear attack on the United States using nuclear or other weapons of mass destruction (WMD). If it occurs, it likely will be state sponsored using a terrorist network to strike several major targets in the United States within a short period of time. The terrorists might even develop the capabilities to do this strike without any state sponsorship.


U.S. vulnerability – The United States is taking measures to protect itself from a missile attack by another nation. These anti-missile defenses will be in place within a few years and she still has the nuclear capability to destroy any country that would launch such an attack. Therefore, I do not see the likelihood of a direct WMD attack by a nation against the United States in the near future. Nevertheless, the foremost experts say there still is enough unaccounted for nuclear material or vulnerable nuclear material in the world to create thousands of nuclear bombs. I am not suggesting that thousands of crude nuclear devices will be made. However, it certainly is possible that several have been or will be made. Some Russian weapons or nuclear material may have already fallen into the hands of terrorists. If nuclear materials or bombs are not already in the hands of terrorist groups, the foot dragging of Putin of Russia and the bureaucratic politics from Washington will insure that this threat to the United States will exist for at least 15 to 20 more years. Indeed, the terrorist groups may already be coordinating a WMD attack.

Effects – The physical damage might be large but the blasts themselves would not be catastrophic to the country unless it included a large Electromagnetic Pulse. If there were a terrorist attack using nuclear weapons the physical damage will be minor compared to the psychological damage. For example, what might be the domestic effects of three nuclear blasts in large American cities in a short span of time?


Panic and overreaction would be certain. Many people that have the means would leave the big cities. After the attacks, there would be fear of new WMD attacks. There would be much false information and alerts, many cities would be evacuated by a threat and then nothing would occur. There would be road block inspections before entering any fair size city and random inspections on the roads nationwide. The United States would be put under a form of marshal law under the Department of Homeland Security no matter if it was called marshal law or not.


The United States has already set the precedence to use the nation’s military forces internally in national emergencies due to their use in the recent natural disasters. Plans are now underway to have the military to be a first responder in national emergencies. The early fathers of the nation wisely kept the military out of internal policing because they feared total control by a central government who might use a national military for taking control of the nation. The military could now become the internal teeth of the Executive Branch of Government. The U.S., by using the national military in internal affairs has now unwisely set the stage for a police state. The only thing now needed to ice the cake will be a few acts of nuclear or other WMD terrorism.

After such a series of attacks, all personal rights in the Constitution will be suspended or disregarded by the military. There would be mass arrests of all suspects who will be held in concentration camps indefinitely without trial. Homes will be searched without warrants, freedom of speech will no longer exist, and everyone will be spying on everyone else. Anyone the government believes is fueling the fires of hatred in the country will be arrested. The government will have to appease the majority, so those who will not conform to “popular thinking” shaped by the socialist talking heads on TV will be persecuted. This persecution will included Moslems and those from the Middle East. It will also include constitutionalists who complain about central state abuse of power. In addition, it will include all outspoken fundamental Christians.n


The foreign policy of the United States would change overnight. There would be great pressure for the United States to do something. Iran and North Korea’s nuclear facilities would almost certainly be taken out. This would fuel the fire for at least two additional regional wars plus the still ongoing police actio

s. Pakistan and Egypt would fall under the control of Islamic Fundamentalists and Saudi Arabia and other oil rich kingdoms would have such grave internal problems from Islamic fundamentalists that they would have to ask for U.S. troops to defend their oil industry. Many other governments would likely fall under the control of Islamic fundamentalists. The Middle East peace process between Israel and other nations would be dead. The military of the United States would become overextended and sustain many causalities. The United States would soon have to put the nation on a war footing with rationing, price control, and a national draft. National protests against the wars and the draft would lead to more arrests and more dissent. Either the upward spiral of arrests, riots, and unrest would lead to a national police state or the United States would have to admit defeat and withdraw from the world.


If the U.S. becomes a police state, the U.S. eventually will be at war with all who opposed the United States agenda, both foreign and domestic. If the U.S. withdraws from the world, Islamic countries will see this as an opportunity to war against Israel and nearby western nations leading to a religious war between the West and Islam. Either scenario would eventually bring a world war in which the United States would have to use its nuclear weapons. The only solution to this war will be a global government and global military. The compromise peace solution for this world war would be that the United States joins with a global government and gives up its weapons and world policing role to the world government for the promise of peace and security in the world. The economy of the United States would be in total ruin so the U.S. would also be very willing to start over under a one-world currency. The rest of the world will also see the light and will also give up national sovereignty to this world government.


The world government brokered solution for religious differences will be one of compromise and appeasement. They will only allow religious expressions that are tolerant of all other religions and do not proselytize or say anything the world socialists think might fuel friction. Hate speech will include statements such as "Jesus is the only way to God" or "sinners who do not accept Jesus as Lord are destined for hell". Eventually parts of the Bible and Quran will be censored, especially the Old Testament of the Bible. The Ten Commandments or any scripture will not be allowed to be interpreted in any way that implies that certain groups of people are sinners. Those who try to keep the teachings of their fundamental scriptures like fundamental Jews, Christians, and Moslems will be imprisoned or eliminated for the sake of world peace.

The effect on the people of the United States during this turmoil will be devastating. Personal wealth will hardly exist, paper money will be worthless. All people in the U.S. would depend on the government for script to buy things. For that income, they will be told where they have to work and live. Retired people who no longer have work skills and other unproductive people will only be given the minimum basics to survive on, or they may not even be given that. Most people in the United States will soon be willing to join the world system with the promise of peace and prosperity. Those who will not, will not be tolerated.


Likelihood of a nuclear terrorism occurring before 2025 AD?

This would be about a 7 on a scale of one to ten but the scenario I suggest in this article could come about by one of the other imminent dangers. The likelihood of a good part of this scenario coming to pass in the United States before 2025 AD is about 9 on the 10 point scale.

What can the United States do to avoid nuclear terrorism?

The United States and Russia need to get moving on rounding up and accounting for all nuclear material and making sure it never gets into the hands of terrorists. In addition, terrorists groups must be defeated by all means possible.

The only hope of avoiding a world war over the next twenty years with Islam is if the Christians in the United States lead by example and stop playing the harlot with the world system and start fasting and praying earnestly for a change of direction from immorality to morality in this nation.