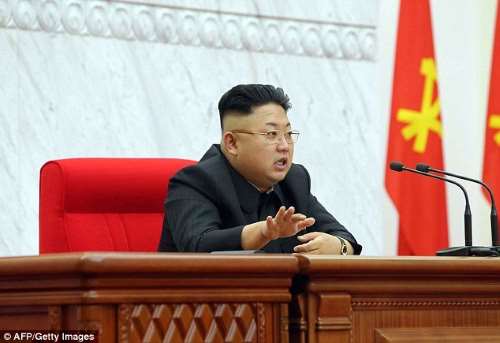 North Korea has the capability to deliver on its threats to carry out a nuclear electromagnetic pulse attack on the United States, it has been claimed.

Dr Peter Vincent Pry, executive director of the Task Force on National and Homeland Security, has reportedly seen a long-suppressed government report that concludes North Korea is capable of using an Unha-3 rocket to carry out an attack on the U.S..

He says the U.S. would be particularly vulnerable to such an attack, as any rocket from North Korea is likely to travel over the South Pole and approach from the south – something American missile defences would apparently be powerless to stop. 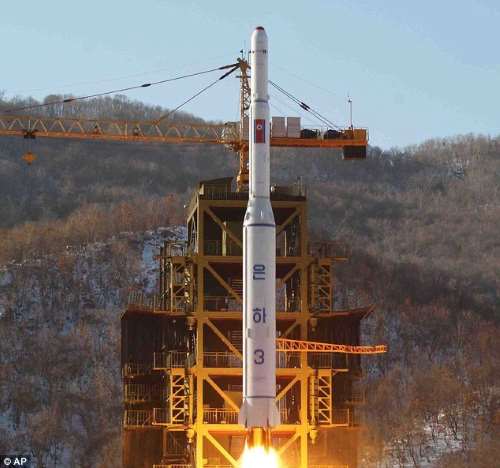 Launch: Dr Peter Vincent Pry claims to have seen a long-suppressed government report that concludes North Korea is capable of using an Unha-3 rocket (pictured) to carry out an electromagnetic pulse attack on the U.S.

Dr Pry made the claims in an interview with the World News Daily website, in which he was quoted as saying: ‘The North Koreans are seeing what they can get away with… It shows that Pyongyang is planning something big against the U.S.’

Dr Pry’s Task Force on National and Homeland Security advises U.S. Congress on matters of defence, and he was also formerly the head of the Congressionally-mandated EMP Commission, which looked into the threat of electromagnetic pulse attacks.

He told the website that he had seen a long-suppressed report prepared by the Department of Homeland Security for the Defense Department that apparently concludes that the best defence the U.S had against a North Korean attack would be to destroy the rocket on the launch pad.

Threat: Dr Pry was quoted as saying Kim Jong-un is seeing what he can get away with. ‘It shows that Pyongyang is planning something big against the U.S.,’ he added

This is due to the U.S. having ‘no early warning radars or interceptors’ to stop a missile from the south, and because the the country also lacks adequate defenses on its east coast, Dr Pry said.

An electromagnetic pulse attack involves a nuclear warhead being detonated hundreds of miles above the earth’s surface, with the resulting burst of energy disrupting or destroying all electronic devices – including communications, navigation and sensor systems – in the affected area.

Such an attack on the U.S. would cripple the country’s defence systems, not to mention cause chaos in any scenario where an electronic device is required – including road, sea and air transport, government and civilian communications and, of course, the throughout entire economic sector. 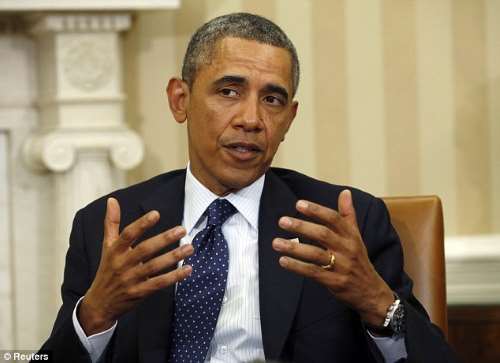 Allegations: Dr Pry’s claims come after months of insistence from the administration of U.S. president Barack Obama that North Korea still did not have the capability to attack the U.S. or its allies with nuclear weapons

In spring of that year, tensions on the Korean Peninsula dramatically increased, thanks to North Korea’s repeat threats of war – including releasing videos depicting a nuclear attack on Washington.

Dr Pry said the DHS report was commissioned as a result of these threats.

He also said that in December 2012 a North Korean satellite was tracked above central and eastern U.S., and could have caused nationwide destruction had it been fitted with a nuclear warhead.

Dr Pry’s claims come months of insistence from the Obama administration that North Korea still did not have the capability to attack the U.S. or its allies with nuclear weapons.

The Department of Homeland Security has not yet responded to Dr Pry’s allegations.