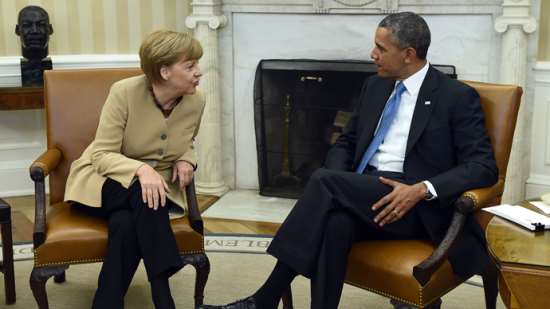 United States President Barack Obama and German Chancellor Angela Merkel said Friday that the US and European Union are ready to impose broad sectoral sanctions on Russia if upcoming presidential elections in Ukraine are disrupted.

Should Ukrainian presidential elections scheduled for May 25 be impeded by Russia, Pres. Obama said, then sectoral sanctions against Moscow would be “inevitable.”

Germany, Merkel added, is “ready and prepared" to impose sectoral sanctions on Russia in the event that Moscow refuses to help deescalate matters along its border with Ukraine. Both Pres. Obama and Chancellor Merkel told reporters from the White House Rose Garden that while a diplomatic solution to the Ukrainian crisis is preferred, further steps with regards to sectoral measures in the context of certain branches of industry could soon be announced.

The people of Ukraine are expected in three weeks to vote for a new president following the ousting earlier this year of former leader Viktor Yanukovych. But as tensions worsen near Ukraine's border with Russia to the east and south, both German and American leadership now say that further escalations on the part of Moscow would warrant broader sanctions being introduced.

Meanwhile, Russia's envoy to the United Nations, Vitaly Churkin, told the UN Security Council on Friday that the US and its western allies have all but eliminated the possibility of a peaceful solution to the Ukrainian ordeal.

It is the interim government in Kiev, Churkin said, that hasn't adhered to last month's Geneva agreement, and is apparently being backed with the support of the west despite urging from the US and EU for a full-on deescalation.

“Supporting the organizers of the Kiev government coup and their military crackdown on protesters, the US and EU take great responsibility practically cutting all paths to resolve the crisis peacefully,” Churkin said early Friday. 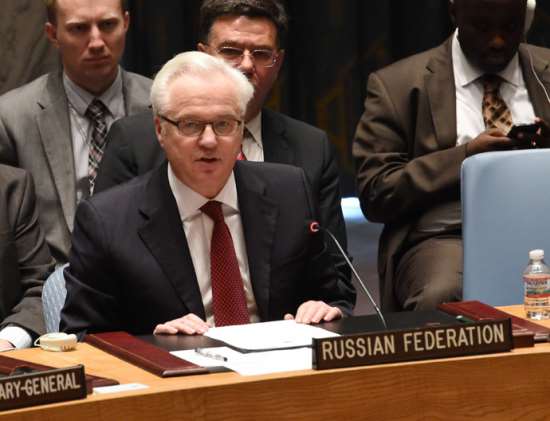 Any new sanctions, Obama said, would “further impact Russia's growth and economy” and be aimed at any of several sectors. At the same time, however, he said his administration hopes imposing further costs on Moscow won't be required.

During the last weeks, Obama said, both the US and EU have “offered a diplomatic approach that could resolve this issue,” while supporting the Ukrainian government in Kiev “economically, diplomatically and politically.”

“We said that we would apply costs and consequences to the Russians if they continued with their actions,”Obama continued, “and that is exactly what we've done.”

Now with Merkel by his side, Obama said further sanctions could soon be on the way.

“There are a range of approaches that can be taken not only in the energy sector, but in the arms sector, the finance sector, in terms of lines of credit for trade, all that have a significant impact on Russia,” Obama said.

“We anticipate that if we have to use them, then we can,” he added, to which the German official agreed.

"There is a broad range of possibilities that are being prepared for in the European Union," she said.

“This is not necessarily what we want, but we are ready and prepared,” Merkel added with regards to a third-wave of sanctions. 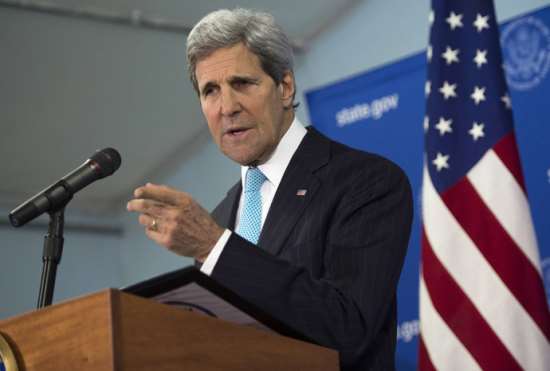 Reiterating comments made earlier this week by US Secretary of State John Kerry, Pres. Obama said that the interim government in Kiev, unlike Russia, has followed through with commitments pledged recently during an agreement reached in Geneva, Switzerland recently by representatives for the US, EU, Ukraine and Russia .

“We need Russians to do the same,” Obama urged.

At the same time, however, the commander-in-chief acknowledged that, should Moscow fail to act, then perhaps the harshest imaginable of sanctions — ones waged at Russia's energy sector — would be impossible to fully implement.

Although the US has already sanctioned a number of leading Russian figures reportedly close to Pres. Vladimir Putin and several sectors, concerns have been raised about refusing to let Moscow sell energy reserves to neighboring nations in the EU. Even during the height of hostilities during the twentieth-century, Obama said, that relationship continued.

“Energy flows from Russia to Europe,” he said, “–those continued even in the midst of the Cold War.”

Merkel admitted during Friday's presser than roughly half a dozen EU nations rely 100 percent on Russia for energy, but that that could change during the next decade if Russia fails to adhere to requests from the West to deescalate matters in Ukraine.

“The idea that you're going to turn off the tap on all Russian oil or natural gas exports, I think, is unrealistic,” Obama added, but not before acknowledging that the US and EU are ready to announce other sectoral sanctions if this month's elections are disrupted.

Pres. Obama and Chancellor Merkel will continue to discuss the Ukrainian crisis and other matters, including the National Security Agency's intelligence gathering methods, Friday at the White House.