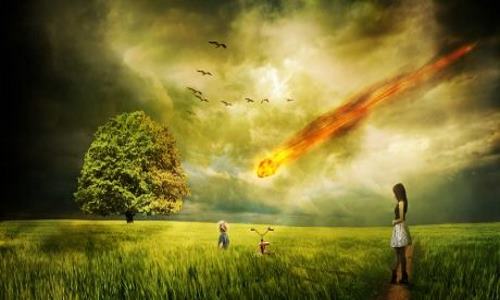 Does the White House know something that the rest of us do not? As the Obama administration draws to a close, the White House has suddenly released a major document that details a multi-pronged strategy for dealing with the threat of a catastrophic meteor impact. Most of us remember movies such as “Deep Impact” and “Armageddon” that attempted to depict what such a crisis would look like, but up until fairly recently the U.S. government has never seemed to take this kind of threat very seriously.

So what has changed?

Of all the things that the White House could be focusing on, why this?

And this new report is just the latest in a series of measures that the government has taken over the past couple of years to help prepare us for incoming meteors and asteroids. The following is an excerpt from a recent Gizmodo article…

Concern over an apocalyptic asteroid strike has risen all the way to the top: The White House released a document this week detailing a strategy for National Near Earth Object (NEO) preparedness. Morgan Freeman would no doubt be proud, although honestly, the nation might have more pressing apocalypse concerns closer to home.

Last year brought renewed interest in handling humanity-ending impact events. After a 2014 audit showed that NASA had a cruddy NEO preparedness system, the agency founded a new Planetary Defense Coordination Office (PDCO) last year to detect all of our potentially nasty NEO neighbors. The office quickly escalated talk to action, running preparedness drills with the Federal Emergency Management Agency (FEMA), launching spacecraft to gather asteroid information, and even drawing up plans to nuke the bad boys out of the sky if things get dicey.

NASA continues to assure us that no threat is imminent, so why spend so much time, energy and resources on a non-existent crisis?

If you want to read the 25 page document that the White House just released, it is entitled “National Near-Earth Object Preparedness Strategy” and you can read it for yourself right here.

The document was put together by the Interagency Working Group for Detecting and Mitigating the Impact of Earth-bound Near-Earth Objects, and it outlined seven key objectives that the authors believe are important…

And without a doubt, we definitely do need to enhance our detection abilities. Just the other day, a very large asteroid barely missed us, and we had only discovered it two days earlier…

Early Monday morning, while the US East Coast was pouring coffee, dropping kids off at school, and cursing in traffic, a space rock as big as a 10-story building slipped past Earth.

The asteroid, dubbed 2017 AG13, was discovered only Saturday by the University of Arizona’s Catalina Sky Survey, according to an email from Slooh, a company that broadcasts live views of space.

We were very fortunate this time, but the truth is that our planet crosses paths with other giant space rocks on a very regular basis.

In fact, a near-Earth object that is being called “a cross between an asteroid and a comet” will come fairly close to our planet in February…

The latter “object”, dubbed the 2016 WF9, was detected by NASA in late November and has left scientist’s scratching their heads.

They have described the celestial rock as a cross between an asteroid and a comet.

It’s in the middle of its of.9 year orbit between Jupiter and Earth and will approach us on February 25, flying by at a distance of 32million miles from the planet.

Currently, approximately 10,000 major near-Earth objects have been identified by scientists, and about 10 percent of them are one kilometer or larger in size.

If one of those monsters directly hit our planet, we truly would be facing an extinction-level event.

For example, just imagine the kind of devastation that would happen if a large asteroid or meteor hit the Atlantic Ocean. Tsunami waves hundreds of feet tall would be sent racing toward the coasts of North America, South America, Africa and western Europe, and millions upon millions of people would die.

This is something that scientists have actually studied. According to a study conducted at the University of California at Santa Cruz, if a giant meteor did strike the Atlantic Ocean we could potentially see tsunami waves as high as 400 feet slam into the east coast of the United States…

If an asteroid crashes into the Earth, it is likely to splash down somewhere in the oceans that cover 70 percent of the planet’s surface. Huge tsunami waves, spreading out from the impact site like the ripples from a rock tossed into a pond, would inundate heavily populated coastal areas. A computer simulation of an asteroid impact tsunami developed by scientists at the University of California, Santa Cruz, shows waves as high as 400 feet sweeping onto the Atlantic Coast of the United States.

Depending on where the meteor strikes, we could potentially see New York City, Boston, Philadelphia, Baltimore, Washington D.C., Charleston, Miami and countless other major coastal cities all wiped out on a single day.

Right now, 39 percent of all Americans live in a county that directly borders a shoreline.

To say that we are vulnerable to a massive tsunami caused by a meteor impact would be a massive understatement.

And scientists assure us that it will happen someday. In fact, I don’t know if you have noticed, but our area of space seems to have a lot more “traffic” in it these days. NASA tells us that there is nothing to be worried about, but others are concerned that something may be coming toward us or that we are moving toward something.

Ultimately, we need to remember that we are essentially a speck of dust hurtling through a massive galaxy at incredibly high speeds, and our galaxy is only an extremely small part of an absolutely enormous and ever changing universe.

But instead of turning to the author and creator of this incredible universe for blessing and protection, we continue to defy Him and His ways. In the end, that is going to turn out to be a tragic mistake. 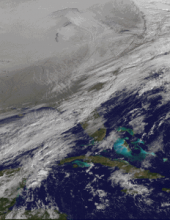 Scientists Are Predicting Polar Vortex To Bring Big Freeze And Coldest Winter For Five Years :”People Should Be Prepared For a Real Flagstaff Winter”